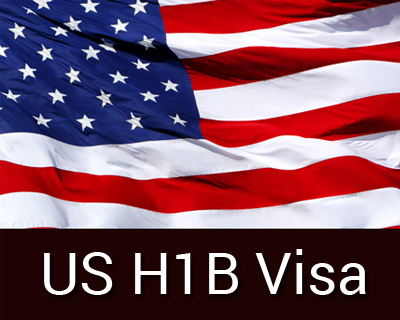 The H-1B cap season is fast approaching. For fiscal year 2017 (FY 2017), US Citizenship and Immigration Service (USCIS) will begin accepting cap subject H-1B petitions on Friday, April 1, 2016. This is the earliest date for which an employer may file a petition to be received by USCIS requesting H-1B employment with a start date no earlier than October 1, 2016. This April date may seem far off, but experienced employers know that the date arrives quickly and can catch you off guard. Of more importance, if you do not file your petition before the cap is reached, you will not be able to file a new petition for 12 months. Therefore, we urge employers to review staffing needs and existing employees who may benefit from the H-1B program now.

The H-1B visa is the most common vehicle to achieve temporary employment authorization in the US. Employers should begin considering which of their employees may need H-1B status. Most commonly, these are recent college graduates who are working on F-1 Optional Practical Training (OPT). For multinational companies, the list often includes L-1B employees who are nearing the five-year limit on their L-1B stays in the United States. Other typical examples include L-2 and E-2 employees working on Employment Authorization Documents (EADs), who may wish to hold a status that is not dependent upon their spouses.

In general, the H-1B visa classification permits a foreign national to work in the United States for an initial temporary period of up to three years. It is available for offers of employment that are in a “specialty occupation.” A person may hold H-1B status for a maximum of six years. H-1B visas are numerically limited, with a total of 85,000 visas available each fiscal year. The quota is divided as follows: 65,000 applicants can be accepted for the regular H-1B cap requiring a bachelor’s degree or its equivalent and 20,000 applicants can be accepted for advanced US degree holders (master’s degree or higher). An additional 6,800 H-1B1 applicants spots are reserved for citizens of Singapore and Chile based on the free trade agreements with these countries. These numerical visa limitations are referred to as the H-1B cap.

USCIS anticipates that April 1, 2017 will see a repeat of the mass filings from recent years; last year, nearly 233,000 applications were filed and the annual H-1B cap was reached within the first few days after the initial filing date. USCIS will monitor the number of petitions received and notify the public of the date on which the numerical limits for the H-1B cap have been met — what is known as the final receipt date. While it is impossible to predict exactly when the FY2017 H-1B cap will be reached, we expect it will happen within the first days of filing, as in recent years. If USCIS receives more petitions than it can accept by April 7th, USCIS will use alottery system to randomly select the total number of petitions eligible for H-1B status. USCIS will return petitions that are not selected through the lottery without review and with the filing fees intact. Given the improved economic situation, it is anticipated that the trend toward demand for H-1B visas continue and it is therefore important that employers make the necessary preparations well in advance of April 1, 2016.

There is initial preparation that must be completed in order to file an H-1B by the beginning of April 2016. One key step in the process is the Labor Condition Application (LCA). All H-1B filings must be accompanied by an LCA certified by the US Department of Labor (DOL). The DOL may take as many as seven business days to adjudicate the LCA. The DOL’s timeline does not begin until the LCA, with the required information about the employer and position, is submitted to the DOL. First-time H-1B employers should allow an additional three to five days for processing as administrative issues may arise. For example, some employers’ federal employee identification number (FEIN) will have to be “registered” with the DOL database in order for the LCA to be accepted. The DOL is also notorious for inexplicable delays and backlogs when the online systems experience high volumes of applications.

USCIS has been applying a tougher standard and interpretation the H-1B elements required for H-1B status, which requires more attention to supporting evidence and consideration of related issues. Preparing the H-1B petition properly in order to avoid a request for evidence or a denial requires attention to detail. Some common areas of concern that employers should review before filing an H-1B petition are:

In light of the economic forecast, increased USCIS scrutiny of petitions, and the historical number of filings, employers should act quickly to allow sufficient time for preparation of the H-1B petitions and assure the applications reach the USCIS on April 1, 2016. Given the likelihood of a FY2017 H-1B cap lottery, we also recommend that employers explore other possible visa options for employees.