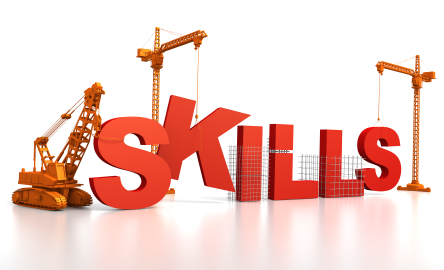 The increase of IT hiring changes as fast as technology, it is extremely important to keep your skills up to date. According to CIO Magazine, here are a few of the fastest growing trends in the software industry and what you need to know about them.

Mobile has become very important with the rise of the smartphone, and even more recently with Mobilgeddon. As of April 21, Google changed its algorithm to prioritize websites with a strong mobile experience. This left a number of companies scrambling to optimize their Web design for a mobile-friendly experience, or suffer the wrath of the almighty Google algorithm’s search ranking. Google also recently announced that in 10 countries, mobile searches have surpassed desktop.

With all this focus on mobile, the need for iOS and Android application developers has grown. And it’s not just for consumer-focused companies, a strong mobile presence is important for any company that has a website. And it makes sense, because most people can probably think of a time they visited a website on a mobile device, only to be frustrated by the experience.

Mobile is an interesting and diverse market, as VanderSande points out, “While most companies prefer to hire people with professional mobile development experience, the market will continue to open up for those with side (hobby) projects in iOS or Android.”

Data is king, but it’s also a behemoth. Companies are collecting massive amounts of data, but many are strapped for resources when it comes time to organize data in a practical way. There is a growing need for positions such as data analysts, computer systems analysts and data scientists, to name just a few. In addition to creating new jobs, data is becoming a necessary skill for those working in information technology. In 2014, the demand for big data skills increased over 123-percent for IT project managers and just under 90-percent for computer systems analysts.

VanderSande says that big data “will continue to be an area of growth over the next year and experience with Hadoop, Storm/Spark, NoSQL, Cassandra, Hbase, etc., will be highly sought after. Language isn’t as important here, but most companies are using Python, Scala, or Java when building/processing large data sets.”

You can’t fire up a new device without being prompted to opt into some form of cloud storage, whether its iCloud, OneDrive, Google Drive, or Dropbox. And it’s becoming a hot topic in the enterprise as well, with adoption of cloud storage also prompting the need for more data analysts and security professionals. It makes sense that with the rise of mobile devices, we all want to access our content seamlessly across devices, be it personal or for work.

As cloud continues to move into the enterprise, there will be an even greater demand for workers skilled in cloud computing as well as cloud security. “There are 3.9 million jobs in the U.S. affiliated with cloud computing today with 384,478 in IT alone,” says Louis Columbus in a Forbes article on the future of cloud computing jobs.

While Amazon remains the leader in cloud computing technology, there are emerging software trends to keep an eye on. Software platforms such as OpenStack have been gaining momentum as more companies clamor to move their data into the cloud, according to VanderSande.

Companies have been trying to close the gap between developers and operations to help better serve customers and clients. Traditionally, once software left a developer’s hands, it was up to operations to deal with the fallout if it fell flat, didn’t function properly or disappointed customers. For a business, bridging that gap and instilling communication between all pertinent teams from conception to delivery can result in faster delivery of higher quality products.

It has its roots in a 2009 conference in Berlin and has since taken the tech world by storm. In fact, a 2014 survey of IT managers in the U.S., U.K. and Australia found that of those that hadn’t yet deployed a DevOps strategy, 79 percent planned to do so by the end of 2015.

With such quick and widespread adoption, DevOps engineers are in demand, especially those dealing with software in the cloud. “Any opportunity to pick up Ruby or Python (or any modern scripting language) as well as cloud management/monitoring tools and technologies can help differentiate your resume from the pack,” says VanderSande.

Front-end development is just as important as back-end, and companies need user interface engineers who can help create intuitive and consumer focused mobile and Web applications. Whether it’s for enterprise or consumer facing apps, UI engineers are tasked with building a seamless experience for the end user alongside a UI designer.

According to VanderSande, the software UI engineers will want to focus on, includes the latest Javascript MVC framework as well as Angular.js, Ember.js, Backbone.js, and other related languages skills.